There’s more to having a will than just deciding who gets your things when you die—especially if you have children below the age of 18. Consider the following story:

Jenny and Paul were a thirty-something couple with a modest, middle-class income, but doing well for themselves. On their way home from a dinner party, they were unfortunately killed in automobile accident, leaving behind two children—an 11-year-old daughter, Lindsey, and a 9-year old son, Matt.

Thinking they had plenty of time and not enough in savings to bother just yet, Jenny and Paul had put off writing a will. They figured Jenny’s parents who lived 15 minutes away would simply take care of the kids if anything happened. The courts didn’t see it that way. The judge felt Jenny’s parents were too old and not in good enough health to care for the kids, and Paul’s parents were deceased; so he awarded guardianship to Jenny’s estranged brother, who lived on the West Coast and had never actually met the children.

This story has two important takeaways:

The question of guardianship for Lindsey and Matt could easily have been settled by creating a will and naming Jenny’s parents as co-guardians for the kids. It also would have spared both the grandparents and the children a lot of additional heartache. 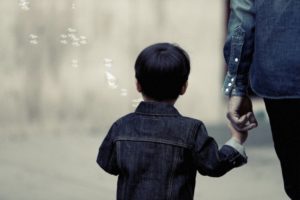 The Process of Choosing a Legal Guardian

Deciding who should raise your kids in your absence is certainly not an easy decision—in fact, it will likely be the most difficult part of making a will. When considering your options, here are a few things to keep in mind:

The Devil in the Details

Having decided on a guardian, it’s a good idea to broach the subject with them and find out their level of willingness to shoulder this responsibility, if necessary. You may be surprised at their response. Try not to be too disappointed if they decline—it really is a lot to ask of someone, and people tend to be freer with their affections and support if they don’t have the responsibility to go along with it. It’s better that you know now, because if you simply name them and they decline at the reading of the will, it’s basically back in the hands of the judge to decide on a guardian. Make sure you have a willing candidate before finalizing it.

Once you have named a guardian who has agreed to the responsibility, here are a few more details to consider:

No one particularly wants to think about passing away and leaving children behind, much less choosing someone else to raise them. That’s understood. However, addressing this question is one of the most loving things you can do for your kids. Careful planning ensures that your family’s most important treasures will be properly cared for according to your wishes, giving you more peace of mind in the process.