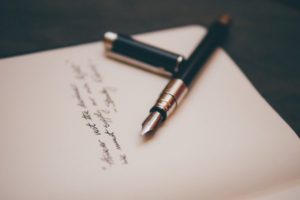 You’d have to be living under a rock not to have heard the news last month about the passing of Aretha Franklin, the legendary “Queen of Soul.” Soon after the news emerged, however, another report surfaced that Franklin had not left a will or trust. Her “intellectual property” attorney told the press that he had been “after her for a number of years to do a trust,” but that she had never gotten around to it.

Really, with a lawyer like that who needs an enemy?

What Happens Now with Franklin’s Estate?

Lets take a quick step back: We honestly don’t know whether Franklin neglected to write a will or just chose not to do so. Nevertheless, without passing judgment, here’s what to expect:

What Makes This Case Significant?

Aretha Franklin isn’t the first high-profile figure to die without a will, and she most likely won’t be the last. That said, I find this case significant for a couple of important reasons:

Granted, Franklin’s financial foibles were no secret. She would only accept cash payments for gigs, she carried huge amounts of cash in a large purse, she was reportedly disorganized with her money, and she allegedly had some significant trust issues when it came to letting other people handle her money. It’s not out of the realm of possibility that she refused to do a will because of her trust issues. It’s also highly possible that in the shark-infested world of entertainment, she didn’t know whom to trust. And in that case, I can’t help but think her attorneys could have educated her and protected her—they just didn’t.

As an estate planning attorney, when clients approach me, I consider it my personal responsibility to make sure they are fully aware of their options so they can create a financial strategy that will ultimately outlive them. I don’t believe I can hold myself blameless for their choices unless I make sure they know what their choices are, and help them address the heavy emotional, philosophical and metaphysical aspects of ACTUALLY making a choice. Once they are fully informed, the decision is theirs. If they choose not to make a plan, that’s fine—no judgment. If they want the courts to handle their estate and make their finances public record, that’s their God-given right. In my view, it’s not a failure as long as it’s a legitimate choice. But I do believe it’s not really a choice unless you are properly informed.

Did Aretha Franklin choose this, or did she feel she had no choice? We may never know. But if there’s anything to take away from this, I’ll go the extra mile to make sure my clients know their choices and make sure they are counseled appropriately in this highly emotional area of law.